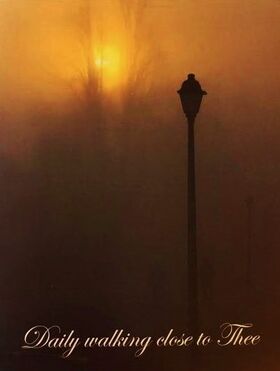 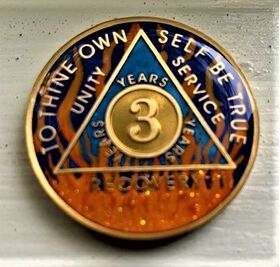 The medallion has regular numbers, not Roman Numerals

This coin is turning up the heat!  It's a very unusal design with orange flames in the foreground and background.  However, it also still hold to the classic medallion design with the anniversary year in regular numerals (not Roman numeral like most coings) within a raised center. This in encased in a triangle to complete the AA traditional symbol.  On the three sides of the triangle are the words, "Unity, Service, Recovery".  Around the edge of the coin is the phrase, "To thine own self be true".